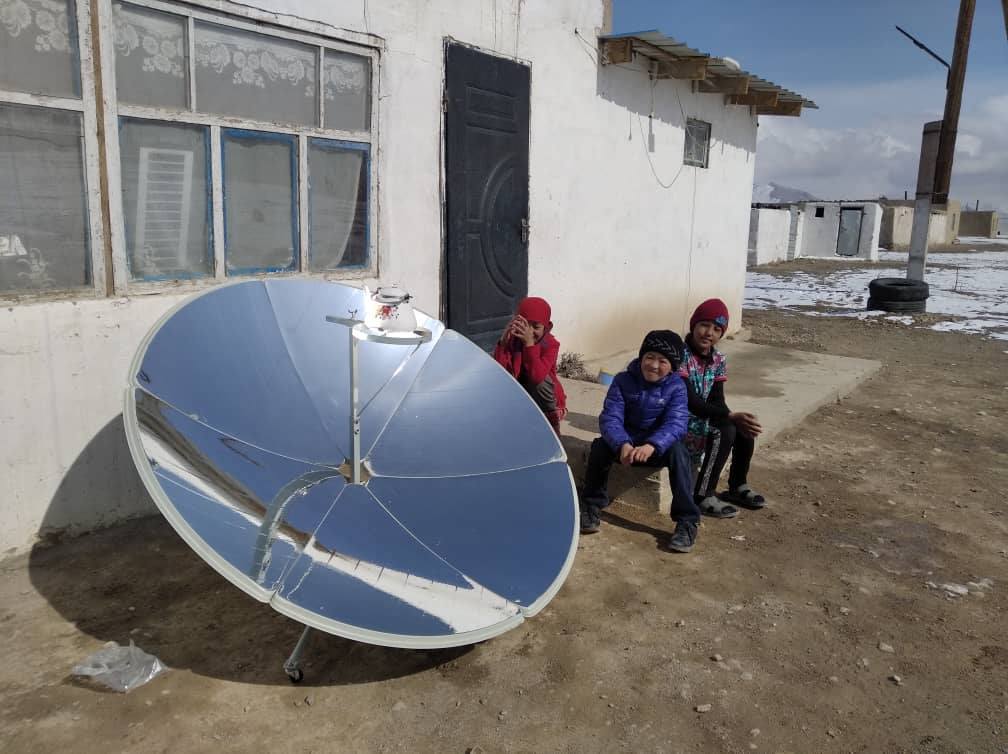 Thanks to the Little Earth and the German public organization SunHelp International, the first solar parabolic cooker installed in the high-mountainous village of Alichur.

The village of Alichur (Murghab district of the Gorno-Badakhshan Autonomous Region, Tajikistan) is located at an altitude of about 4,000 m above sea level and is the highest mountain village in the entire post-Soviet space. The harsh climate, rare rainfall and long cold period make life in the village extremely difficult.

In October this year, the staff of the Little Earth handed over to the head of the local public organization "Burgut" Atabaev Makhan a solar parabolic cooker and a pressure cooker. Recently, Mahan sent us photos and short information about how he together with his children made "solar" tea.

On October 25, Mahan assembled a solar cooker and tested it outdoor. The experiment was carried out at 10:30 am on a sunny day. The ambient air temperature was +5 degrees Celsius. A teapot with 3 liters of water boiled in 10 minutes.

“I think that solar cooker can be used all the time before the cold weather. In December, the temperature in Alichur drops sharply, and there are serious frosts here, you don’t want to go outside. I plan to start cooking and boiling water on a new device with the arrival of spring. Such solar cookers could be of great help to local residents,” Makhan Atabaev shared his opinion.

Solar parabolic cookers are affordable devices that can be used to cook food or boil water. The energy of the sun serves as fuel for them. The solar cooker is smokeless. Families who regularly use solar cookers spend much less on firewood, coal or other fuels. These devices help to reduce the pressure on natural resources, especially in communities where trees and shrubs are cut down to meet energy needs.

Let us remind that the Little Earth was one of the first organizations in the republic to introduce and distribute solar parabolic cookers in remote mountain villages of Tajikistan.